“Next time you’re at a hotel, chain store, large concert venue, or casino, stop and take a big sniff. It’s not unlikely that you will smell a subtle, carefully concocted scent created by fragrance specialists at ScentAir, the nation’s largest scent marketing and branding company. Their olfactory potions have an obvious purpose: to encourage customers to linger longer and return more often.

But it isn’t all sugar and spice (and lemon balm and ocean mist). ScentAir’s scientists also recreate — and sell — the odors of feces, blood, guts, and even burning flesh, for use in medical and military simulation training.

A former Disney Imagineer, David Martin, is the brains behind the company. At Disney, he helped introduce the use of different smells to amusement parks; Disney first utilized them at special events, then expanded their use to its indoor rides, stores, and hotels.

“Disney creates the happiest place on earth by engaging all the senses and thinking of every level of detail. They are the masters,” ScentAir spokesperson Ed Burke told BuzzFeed. “We try to bring that to other types of businesses.”

ScentAir’s founder took his work to other amusement parks and entertainment venues; you can thank him for the dung smell at the dinosaur exhibit at the Children’s Museum of Indianapolis, the Shrek fart on the Universal Studios ride, and the whiffs of cotton candy during Katy Perry’s 2011 tour. But he also found steady business bringing smell to stores, hotels, casinos, bars, and restaurants.”

Quoting from Justine Sharrock at BuzzFeed.
The story continues at http://www.buzzfeed.com/justinesharrock/how-manufactured-smells-are-making-people-shop-longer-and-ki 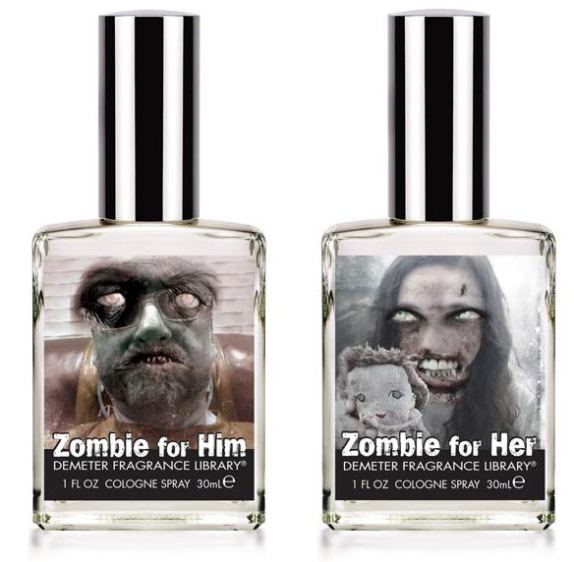 The Zombie for Him fragrance is formulated with the scent of dried leaves, mushrooms, mildew, moss, and earth. In short, you’ll smell like a decomposing corpse once you spray this on. Zombie for Her is a “A slightly lighter version of the Men’s fragrance with a touch of Dregs from the bottom of the wine barrel for that feminine touch.”

Rock on, I think? 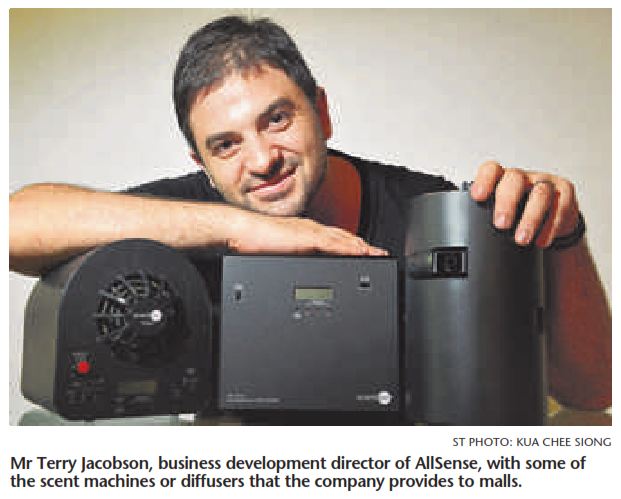 “Scents help with brand association and forge an intimate bond with shoppers,” reports the Times.

The Sunday Times speaks to yours truly about our work with various Shopping Mall clients in Singapore: “The decade-old industry has grown rapidly in recent years due to a growing body of research on the subject, better and more accessible technology and greater interest from businesses and individuals,” said Mr Terry Jacobson, the Business Development Director of scent provider AllSense.  He said popular scents vary by country and culture, and are influenced by the weather and climate. Tea and citrus-based scents are particularly popular here, and can change with the seasons.

1,400 new fragrances were launched in 2012.
Dutch artists Lernert and Sander have collected samples of every single one of those fragrances and blended them to create one giant fragrance mix bottle (standing 1.5 litres tall). This excitingly grotesque concoction is simply named: ‘Everything’.

‘Everything’ will be on show at the French boutique Colette in Paris, Early March.

Those who dare smell it can…. 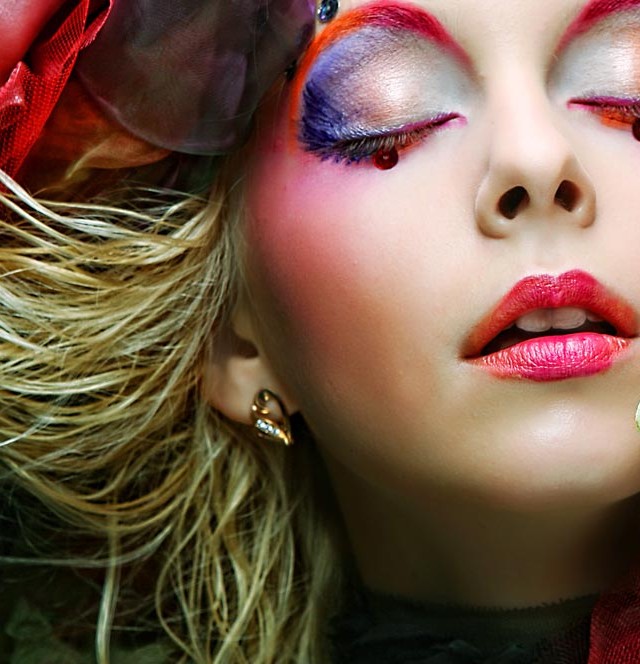